The Talk You Need To Have With Your Kids Today

My daughter is 10 this year and there are several important conversations that we haven’t had yet. For one, we haven’t officially discussed the birds and bees. To be honest we’ve let a rather controversial ‘70s picturebook do most of the work for us in this area: It’s Peter Mayle’s “Where Did I Come From,” which demystifies the baby-making process for kids with hilarious cartoons and descriptions. 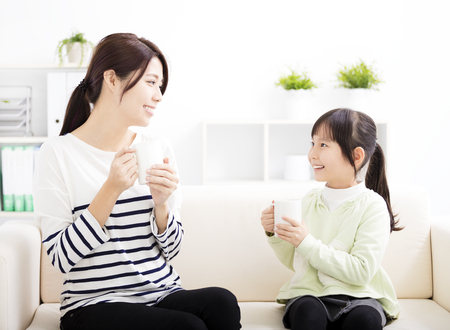 This book landed in my daughter’s hands again recently. I’d given it to her, in response to Grandma’s well-meaning comment that babies can only be produced “after marriage.” Although my daughter has read the book before, I thought a refresher on the facts of life would be useful. I did notice she seemed especially tickled by the illustrations this time around, but it’s impossible to read this book with a straight face and I didn’t think much of it.

Which brings me to another parent-child conversation that I’ve been putting off: What constitutes proper behaviour when communicating with friends over chat apps or social media? To me, this was never a priority as my daughter doesn’t have her own smartphone, although she does borrow mine to text friends on WhatsApp.

I’ve since changed my mind, and here’s why.

A few days after I handed my daughter the baby book, I walked into the living room to find the book open and my phone on the coffee table, with a WhatsApp chat screen showing that my daughter had:

I have to confess that my immediate reaction was confusion. Was this inappropriate? I wasn’t sure. My daughter certainly had no ill intentions and the book was written for children. I have at least one friend who grew up with the book and remembers the pictures fondly. But a picture viewed without context?

I couldn’t ignore my discomfort, so I beckoned my daughter over to explain to her that while she had done nothing wrong, nudity is a sensitive subject, and to avoid offending others, it would be best to never share such content with another child, even if it were perfectly innocent and light-hearted.

My daughter’s a tween, which means she’s sensitive as well, and she was upset on hearing what I had to say. Her suggestion? Delete the picture from the WhatsApp conversation and no one would be the wiser. We knew from the two grey ticks on the picture that her friend hadn’t viewed it yet, but I was sceptical that anything posted could be easily deleted.

I was right. According to this WhatsApp help guide:

If you are at [the two grey ticks] stage, then you’re unlucky, because the message that you typed has been already delivered to the recipient, hence it is impossible to recall it from the recipient mobile device in WhatsApp.

By this time, my daughter was in tears but I still couldn’t convince her that it was best for us to contact her classmate’s mother to let her know what had happened. We sent some test pictures to my husband; I deleted my copies from my phone, while they remained on his, and she realised there was no other alternative. I texted a friend for the contact and was relieved to hear that the mother concerned was “really nice.” Indeed she was. She thanked me, deleted the photo, and we traded views about the potential dangers of unsupervised technology use.

My daughter and her friend are still chatting daily, so this ended well.

I’m glad my daughter learned her first valuable social media lesson through this incident. One should always stop to think before sending out or posting content and learn to practise good judgement (according to one’s values) and restraint, because retraction is not always an option. But as we know, adults struggle with this daily too.

Going forward, I plan to revive our conversation about technology use with a visit to The Smart Talk, which provides a way for parents and kids to discuss and define the meaning of “responsibility” in this tech-savvy age. On this web site, parents can select the topics they want to discuss, such as safety and privacy, screen time, and respect for oneself and others. Based on your selections, the site will generate relevant questions, such as “Who can you ‘friend’ or ‘follow’ on social media?” and “What can be shared on social media?” These questions are essential if you want to set boundaries to help your child stay safe and form healthy relationships with others, as well as with technology itself. The site even allows you to draw up a contract that you and your child can sign on and review on a regular basis.

Here at KiasuParents.com, we will be posting more articles about cyber safety for our children in the coming months, and we would love to hear your stories and concerns too. Do let us know in the comments section!