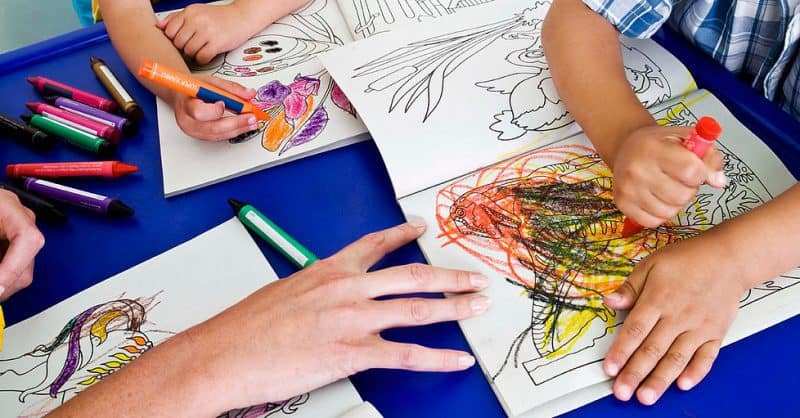 Attention-deficit/hyperactivity disorder (or ADHD for short), which is used to be known as hyperkinetic disorder, is one of the most common neuro-behavioral disorders in the world today. It affects people across all ages and its prevalence rates vary among children, adolescents and adults. In other words, it means ADHD is universal in humankind and it occurs in all races across the world. Howard and Landau (2000) reported that ADHD is one of the most common reasons for a child to be referred for support services in school [in USA].

According to the ADHD Institute (2017) based in Switzerland, “[A]lthough there is no global consensus, meta-regression analyses have estimated the worldwide ADHD prevalence at between 5.29% and 7.1% in children and adolescents (Willcutt, 2012), and at 3.4% (range 1.2-7.3%) in adults (Fayyad et al., 2007). ADHD symptoms can appear in young children or preschoolers as early as between the ages of 3 and 6 and can continue through adolescence and adulthood however the prevalence of ADHD in very young children (aged below 6 years) or later in adult life (aged above 44 years) is less well studied (Fayyad et al., 2007)” (para. 2).

ADHD (Diagnostic & Statistical Manual-5th Edition; DSM-5 Diagnostic Code: 134.00 and 134.01; International Classification of Diseases-10th Edition-Clinical Modification; ICD-10-CM Diagnostic Code: F90.0, F90.1 and F90.2) is marked by a triad of classical symptoms: inattention, hyperactivity and impulsivity. These symptoms interfere with an individual’s daily functioning and/or lifespan development. Each of these symptoms will be briefly described below:

• Inattention: This first symptom refers to an individual’s tendency to go off-task with a lack of persistence, and often displays difficulty in sustaining his/her focus. The person can be rather disorganized and it is important to take note that it is not to be mistakenly diagnosed as ADD or ADHD when it could be Executive Function Disorder (EFD) whose hallmark symptom is disorganization. Both parents and teachers should not be mistaken by these challenging behavioral problems as defiance or lack of comprehension. The symptom of inattention is also shared by another disorder known as Deficits in Attention, Motor Control and Perception (DAMP), which is sometimes used to describe individuals who have signs of both Developmental Coordination Disorder (DCD) and ADHD (Dyspraxia Foundation, 2013). It is most commonly used in Scandinavia. “DAMP is diagnosed on the basis of concomitant attention deficit/hyperactivity disorder and developmental coordination disorder in children” (Gillberg, 2003, p. 904). According to Gillberg (2003), a clinically severe form of DAMP “affects about 1.5% of the general population of school age children; another few per cent are affected by more moderate variants … There are many comorbid problems/overlapping conditions, including conduct disorder, depression/anxiety, and academic failure. There is a strong link with autism spectrum disorders in severe DAMP” (p. 904).

• Hyperactivity: This second symptom refers to the individual’s explicit habit of moving about constantly. This behavioral trait includes in situations where frequent movements are considered disruptive and/or inappropriate, especially during a lesson in class. It also includes excessive fidgetiness such as tapping and/or talking. It may become an extreme form of restlessness or can result in wearing others out with constant activity. It is, therefore, important to rule out the Inappropriate Behavior and/or Feelings Disorders (IBFD) (Educator’s Diagnostic Manual; EDM Diagnostic Code: ED3.00 with specific types ranging from ED3.01 to ED3.06) (Pierangelo & Giuliani, 2007).

• Impulsivity: This third symptom refers to the individual’s making hasty decisions and/or actions that often happen in the spur of moment without first thinking about them. As a result, such a decision made or action taken often may lead to high potential for harm. It can take place quite suddenly because of the individual’s desire for an immediate reward or, more likely, because he or she is unable to delay gratification. Often such an impulsive person is seen by others as socially intrusive and irritating because he or she tends to excessively interrupt others during a conversation or during an occasion when an important decision has to be made with no due consideration of the long-term negative consequences. It is also important not to confuse between impulsivity in ADHD and that in Impulsive Control Disorder (ICD) (ICD-10 Diagnostic Code: F63), which includes intermittent explosive disorder, kleptomania, pyromania, compulsive gambling and trichotillomania.

Not all children present all three symptoms and may be diagnosed with one of three subtypes of ADHD where only one or two of the primary symptoms are problematic or observed. It is important to identify the particular subtype as treatment may differ for the various subtypes. The subtypes are:
1) ADHD predominantly inattentive subtype
2) ADHD predominantly hyperactive/impulsive subtype
3) ADHD combined subtype.

No single test, questionnaire or observation alone is sufficient to diagnose ADHD, nor should a single source of information (i.e., teacher or parent) be considered adequate for a reliable and accurate diagnosis. A comprehensive evaluation uses multiple methods and sources of information including diagnostic interviews with parents and teachers, ratings of the child’s behaviour, and direct observations in all settings where problems may occur.

ADHD commonly occurs alongside other diagnoses that may mask or amplify the symptoms of ADHD. If ADHD is suspected, a comprehensive assessment by a qualified professional should be considered to rule out or identify the possibility of comorbid disorders that may share symptoms of ADHD and therefore ADHD may not be present at all. In many instances, symptoms of ADHD may be mistaken for emotional disturbance and/or disruptive behavior (also known as emotional behavioral disorder) as well as disciplinary problems, or even totally missed out, especially in a well-behaved child with a quiet disposition, leading to a delay in the proper diagnosis.

Depending on where you live, treatment for ADHD is done differently in different countries. For instance, in the USA, medication (i.e., prescription of stimulant drugs) is the main treatment of choice. Unlike the United States, Australia adopts a holistic approach which includes special adjustments in schools, diet, parent education and appropriate therapies, but stimulant drugs are used only as a last resort in severe cases only. In another example, in the mainland China, nutrition constitutes an important treatment and medication does not feature. The popularity of such an alternative to medication is much to do with the negative experiences with stimulant drugs, and either more positive experiences with alternatives (e.g., some complementary or alternative therapies, or even supplements), which can come in either of the two forms: placebo effect or nocebo effect. Hence, it is advisable for parents to do more research on their own or consult some professionals whom they know personally, before they decide on their course of action.

Check out KiasuParents forum for more to help parents with ADHD behaviour interventions in the home.

If you suspect your child may have ADHD or ADHD-like symptoms, seek a comprehensive evaluation from a qualified professional. Early identification and early intervention to mitigate the effects of the symptoms will yield the most successful results for your child.

Dealing With ADHD In Primary School: A Parent’s Journey