Think You Know Everything About Cyberbullying? You Could Be Wrong 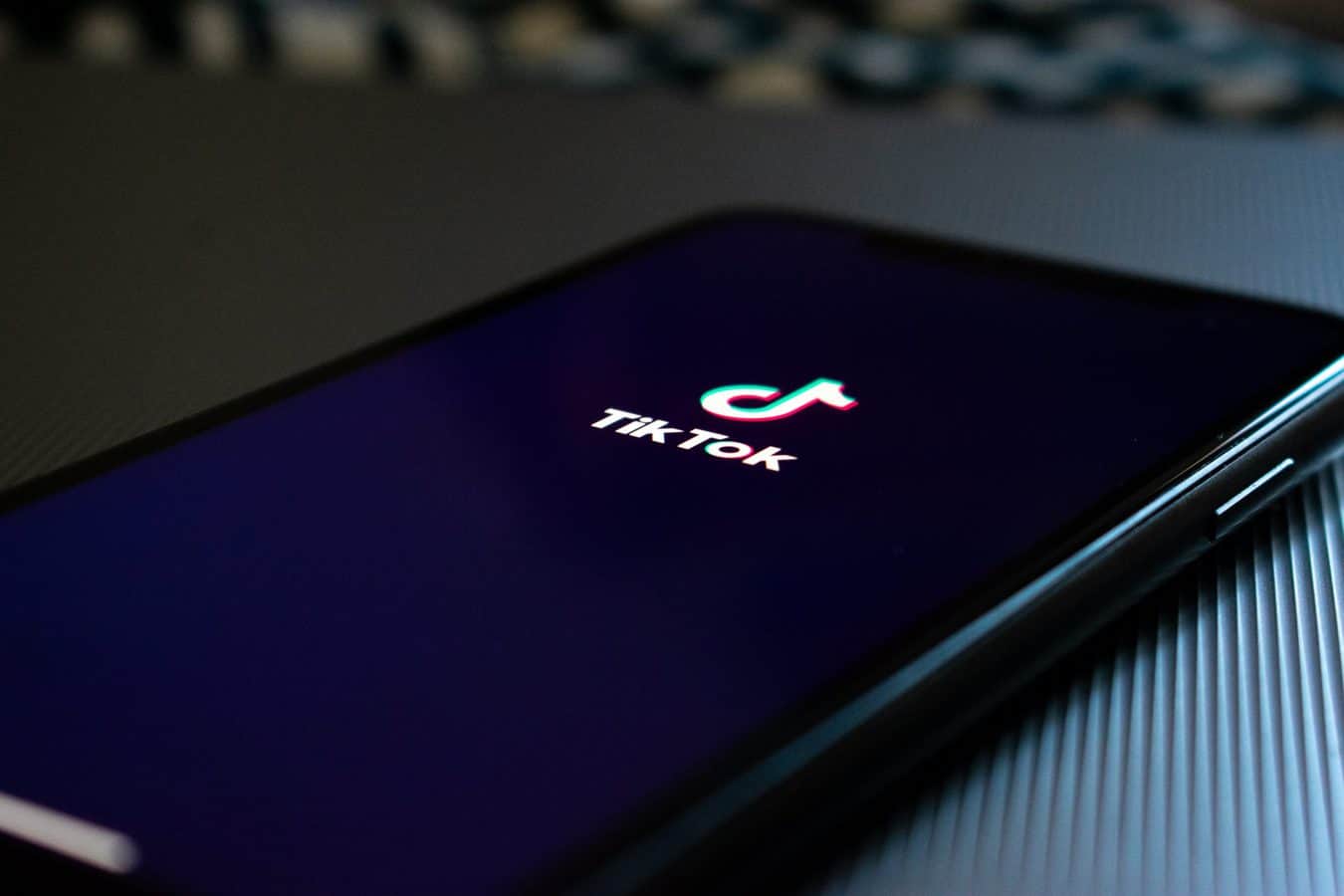 Photo by Kon Karampelas on Unsplash

Home is the safest place for our kids right now — or is it? Sadly, if your child is being cyberbullied, there’s no respite from the harassment even at home.

Not having grown up with the threat of cyberbullying, parents may underestimate its effects, says Galvin Sng, a senior family life educator with TOUCH Community Services.

“Cyberbullying happens 24/7. With traditional bullying, as long as you’re physically away from the bully, you can count yourself safe. With cyberbullying, you’re never safe,” he says.

Even if a child is at home, he or she can still be the target of nasty messages or vicious rumours, and compared to bullying before the widespread use of digital devices, cyberbullying has a far wider reach. “In the past, probably only friends or schoolmates would know about the bullying, but right now, because of the Internet, a lot of people could get to know about it, even strangers,” says Sng. “There’s also the element of anonymity, as sometimes you don’t even know who’s the one trying to attack you online.”

Here’s what else you may not know about cyberbullying:

Cyberbullying Is A Threat To Our Children’s Lives

Some international research has indicated that cyberbullying may be a significant problem in Singapore:

Locally, the Singapore Children’s Society and the Institute of Mental Health surveyed more than 3,000 students aged 12 to 17 in 2014, and concluded that one in nine teens had been victims of cyberbullying. A smaller but more recent survey, conducted by the current affairs programme Talking Point in 2018, found that three in four teens had been bullied online — and almost all had not informed their parents.

What’s the impact of cyberbullying on our kids? Parents may think that it’s “just words” and that children can simply turn off their devices. But the truth is that children may feel isolated, overwhelmed, and humiliated, and their self-esteem and school performance may take a beating. They may be more likely to self-harm and think about suicide, or act on it. What may surprise you: even the perpetrators of cyberbullying are at a higher risk of experiencing suicidal thoughts and behaviours.

Cyberbullying Can Happen In Unexpected Ways

“As long as there is a function for children to communicate, cyberbullying can happen,” warns Sng.

There are instances where it is clear that your child has been cyberbullied, for instance, if classmates are ganging up to make fun of your child’s social media posts, or if someone doctors a photo of your child and shares it. However, another common form of cyberbullying is less obvious, as it centres around exclusion. In online games, everyone might be teaming up to “kill” your child. On WhatsApp, your child might be repeatedly kicked out of a group, or the other participants may deliberately remain silent whenever your child posts a message.

Sng also highlights an app that is a growing concern, called Tellonym. This app lets users ask and answer questions about each other anonymously — presumably to foster open and honest connections — but it is wide-open to abuse. “It’s dangerous because there is anonymity throughout,” he says. “Children make use of this as an attention-seeking platform, where they say ‘ask me anything.’ But they could be given instructions to harm themselves, or nasty words could be thrown at them. Our children do not possess the ability to process these things. If they keep it to themselves, and the cyberbullying goes on and on, it may lead to very grave consequences.”

When Your Child Has Been Cyberbullied, Deal With Feelings First

Some children may choose to stay silent about cyberbullying, and red flags you can look out for include hiding screens or closing apps when parents are nearby, or a reluctance to share information about online activities. Other signs of bullying include using language and displaying behaviours that are out of character, sleeping difficulties, and physiological symptoms such as anxiety attacks and stomach aches.

“If your child tells you he or she has been cyberbullied, the first thing you should do is pat yourself on the back,” says Sng. It’s a sign that you have done something right as a parent, for your child to feel safe confiding in you.

Many parents take a reactive approach when they learn that their child has been cyberbullied. “Who’s the bully? Let’s report this!” or “Let’s solve the problem!” are some immediate responses that parents might have.

Before you jump to conclusions about the situation, you will need to find out more, and this can only be done when your child is ready to discuss the matter.

As such, your first question to your child should be, “How are you feeling?” Helping your child to acknowledge and articulate his or her feelings is the first step to recovery. If your child is lingering in despair and unable to move forward, you can say, “It seems that you are hurt. What can be done to help you feel less hurt?” This empowers your child to begin formulating a solution.

Once you sense that your child is feeling better, you can ask, “Are you ready to talk?” This is when you can find out about how the situation began, who started it, and what was said or done by all parties involved. You might want to ask “Why do you think the bully is behaving in this way?” and “Does he or she do this to other people, or just you?” to see if you can better understand the bully’s motivations. Some bullies may be quiet in real life, choosing to release pent-up feelings online, while others may be selectively picking on your child, because of a grudge or a perceived impression of your child.

The next important question would be, “What can we do about it?” The idea is to give your child ownership of the healing process, but you could also provide two or three viable options (such as reporting the matter to the school and getting counselling support) for your child to choose from. Seek to help your child navigate the situation, rather than focusing your sole attention on punishing the bully or bullies.

If you happen to be on friendly terms with the parents of those who have bullied your child, use this to your advantage — parent-supervised meetups outside of school have occasionally been beneficial in curbing bullying, because it helps the children involved to see one another in a different light, and hopefully build a healthier relationship through play.

Your Child Could Be The Cyberbully

This can be hard for parents to accept, but it’s something that you may have to deal with. Some common motivations for cyberbullying include:

As parents, you can look at the above list and ask yourself, “If my child were to engage in cyberbullying, which of these would be the likely motivations?” This act of self-reflection may help you to nip your child’s bullying tendencies in the bud, by tending to his or her needs.

Also, do note that even if your child is not the instigator of a bullying act, he or she could contribute to the bullying by joining in, laughing along, and sharing content that is embarrassing to someone else.

The Best Time To Talk About Cyberbullying Is Before It Begins

The old adage that “prevention is better than cure” also applies to cyberbullying, and you may begin by discussing cyberbullying with your children, so that whichever side they may find themselves on down the road, they know exactly what it looks like.

Many children may refrain from sharing online happenings with their parents, for fear that parents will confiscate their devices. This is something that you should address with your kids. For instance, you may want to reassure them that this will not happen, or set some ground rules about the circumstances under which devices will be declared “off limits.”

It’s also important that the home environment is not stressful for your children — they may be more prone to bullying or being victimised if they’re constantly in a “fight or flight” mode at home. Reflect on how you communicate with your children on a daily basis, and what your discipline methods are like. This is something that you can work towards improving, regardless of whether bullying is an issue for your child.

Sng says that before you hand your children a smartphone, ask yourself if they are “SMART” enough to have one, which is an acronym for:

If your child already owns devices, make it a priority to create a “bully-proof” plan, which is essentially a step-by-step guide for dealing with cyberbullying. Steps should include letting you know about the bullying as soon as possible, ceasing communications on the online platform, and deciding whether or not to report the bully to the school or higher authorities. This way, should the unfortunate happen, your child will know what to do next.

Does your child need additional support to deal with cyberbullying? Get help here.

4 Ways to Protect Your Family Against Online Threats