Submitted by The Alternative Story 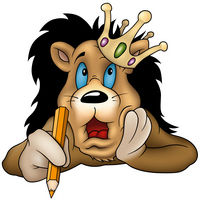 Most children do not know how to build tension, their stories tend to jump from one point to the next or they tend to solve the problem too quickly and as a result the stories are not gripping.

I heard a creaking sound in the house. I wandered
downstairs and saw, to my horror, a masked man. He must be a burglar! I stood rooted to the ground, I was shaking with fear. The burglar suddenly turned and saw me. He advanced towards me and then he caught me and gagged me.


In the above example, the writing seems good in the sense that  it has no grammar mistake and there is a smattering of good vocabulary used, however, as a reader, you are not gripped by the problem. The tension in the story is not built up, the burglar catches the main character too fast.

Here is another example of the same story but one where the tension is built up:

Creak..creak. What was that? I heard a strange creaking
sound come from the ground floor. There was no one else
at home. My parents had gone for a holiday. Was it a ghost,
a burglar or simply a stray cat?

Shivering, I tiptoed down the stairs. The hall and dining room
were dark and forbidding. Shadows loomed in the corners.
Just as I reached out to switch on the lights to dispel
the gloom, I heard the floorboard creak again.

Turning around, I saw a masked man advancing towards me.
Petrified, I stood rooted to ground, too frightened to move.
With a sneer on his face, the man came nearer and nearer.
I had to escape. I had to. I forced my trembling legs to move.

"Get back here!" the masked man threatened.

Without a backward glance, I ran up the stairs, slammed the
bedroom door shut and opened the window to call for help.

In this example, the tension is built by slowing increasing the intensity of the problems the character faces:

2) The character is alone at home and in a
big house
– being alone makes it more scary for the character and being
in a big house makes the source of the sound harder to pin down,
you need some time before you discover who or what caused the
noise

3) The rooms were dark and shadows loomed in the corners,
making the character more fearful

4) Just before the light is switched on, the creaking sound is
heard again

7) The character bolts for the bedroom

At this point, the masked man has yet to catch the character. Unlike the other example, where the problem escalates too fast, here the intensity of the problem slowly increases, thus making it more gripping for the reader.

You can get your child to do this when he writes, get him to think of  how he can increase the intensity of a problem slowly and write down the points of increasing intensity before writing his story.

pls share what is ‘TAS’ or  the workshop is about… coz im looking for a writing class for my pri 4 boy who reads but not quite good in writing.

You are welcome! Glad to be of some help!:)

Thanks for your feedback too! Yes, we do want to really work hand in hand with you as parents. Because the most effective is not just done in school or the centres but at home.

Its great to be able to work with you to help your child get better:)

It is always good to hear from you too. Thank you for your encouraging feedback. Yes, we remember the act where the children tried to show how to build tension:) The tension could not be seen on their faces but we are so glad you understood what they were trying to portray:)

We have not met your girls and hope to do so soon maybe at the bookfair if you can make it?

All the best for your preschool enrichment classes if you are starting soon.:)

Great tips! Thanks! I’m gonna share this with my daughter…

Agree with buds that I always find it enriching reading your posts. And your book recommendations are spot on. I have learnt to guide my kids to kind of build tension more (of course with the help of your TAS teachers during their lessons.)

It’s great to be able to truly work hand in hand with your teachers to help our kids.

The "building tension" part of your workshop was the segment that i thoroughly enjoyed most and felt very challenged with. I totally got your drift during the presentation… not only visual and audio but also practical (thru the re-enactment of the two girls and two boys… the girls who were desperately trying to show how "afraid" they were of the attackers… and the two boys… desperately showing how "fierce" they were with their sheepish smiles and slow motions!

Told my girls about my workshop experiences and they cannot wait to meet up with you guys in person to experience it themselves! Hope to have them with you soon!

It is always enriching reading something from you and in fact, even just talking shop with you guys!

Hi wywy2, you may find relevant information in TAS’ thread here at this link. Hope this helps.

Hi wywy2, We have shared

This is the link:

If you have any further questions on this, you can post a question on the above thread:)

Hi Hellokitty2, Thanks for

Thanks for your feedback, do feel free to ask us anything regarding problems you face with your child’s writing on our thread and we will get back to you:)

Any books to help with this?

What books are good to help children see how to build tension? Anyway, thanks for the tips! Appreciate your sharing a lot:)

As always, I learn a lot from your sharing. Thanks, I am more aware of what to go for when I look at my child’s writing

The Teacher’s Guide On How To Help Your Child Become…