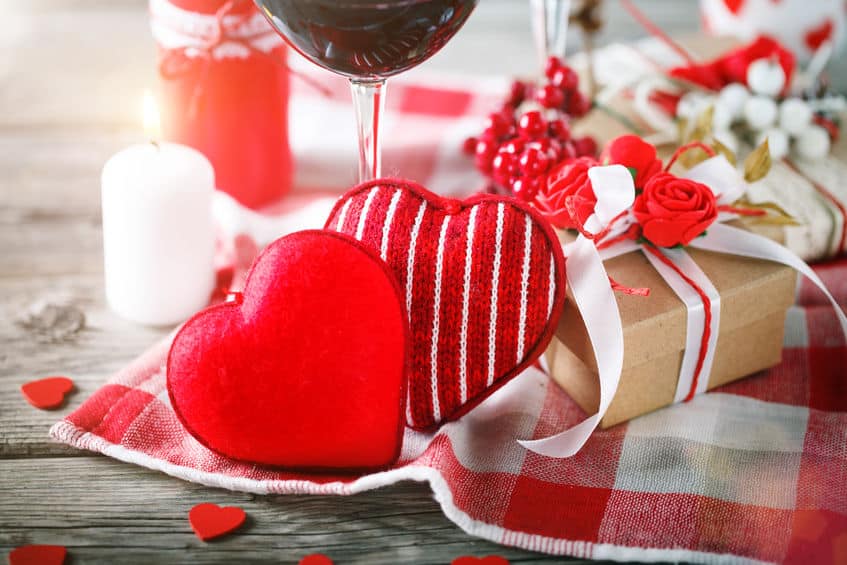 Of course, there are countless ways to honour romantic love. Conventional approaches may include elaborate dinner dates and fancy gifts on special occasions, but really, it’s the commitment towards bettering one’s relationship on a daily basis that matters. We spoke to parents who have been married for over a decade, to discover some tried-and-tested ways of keeping a relationship healthy through the years.

Note: We have some fabulous Valentine’s Day treats in store for our readers. Click here for our contest!

Tip 1: Respond to your partner’s “bids” for attention

You may have heard of The Gottmans — or John and Julie Gottman — a pair of psychologists who are well known for dishing out sensible advice on couplehood. However, you may not know that their advice is backed up by research; in one study, John Gottman invited 130 newlywed couples to spend their day in a research location made to look like a holiday retreat, and observed how they communicated. What he discovered was that in the course of a day, partners would try to connect by making “bids” for each other’s attention, be it by telling a story, pointing out something of interest, or asking for an opinion.

In other words, to have a successful marriage, you may want to ensure that you are responding to your partner’s attempts to talk to you nine out of ten times in a day!

“I try as far as possible to respond to every one of my husband’s bids in a positive way,” says a mother who has read the Gottmans’ research. “It may be that he wants to tell me a boring story about work, or some new aspect of a hobby he’s just discovered, or a joke I’ve heard 10 times before. I will try to listen attentively and ask follow-up questions!”

The power of gratitude may seem like a cliche, but research has shown that it can be transformative when applied within a marriage. Psychologist Sara Algoe (and her colleagues) ran a study with 67 couples, where they were made to complete a nightly questionnaire for two weeks, indicating whether they had done anything nice for their partner, how they felt about it, and vice versa. They were also required to rate their relationship each day.

So, how can couples apply this in real life?

“We learned a phrase from our Taiwanese neighbour, ‘辛苦你了,’ which means ‘I appreciate your hard work’ in Mandarin,” says a work-at-home mother of three. “She used it as a form of greeting for her husband when he returned home from work, and I picked it up because I thought it was such a sweet way of acknowledging your partner’s hard work for the family.” 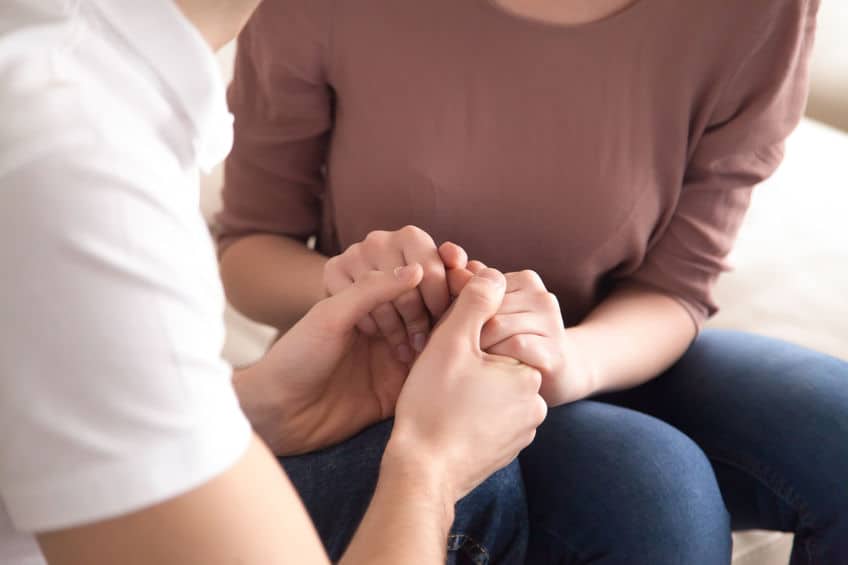 Of the parents we spoke to, some revealed that their show of physical affection is not restricted to the waking hours — couples do hold hands when drifting off to sleep, or they may sleep in positions where there is physical contact. “To me, it’s an effortless way to maintain or repair the relationship,” says a KSP member, who began dating her now-husband 21 years ago. “It’s also a way to feel soothed and comforted without words.”

Plenty of research has been done about the benefits of touch, and one study has even shown that holding hands can lead to a phenomenon known as “interpersonal synchronization,” where people begin to mirror each other physiologically. In fact, if one party is in physical pain, this state of synchronicity could even have a pain-reducing effect.

And don’t forget, there are also healing benefits to sexual intimacy. Yet, it’s been estimated that 15 to 20 percent of couples are in sexless marriages. Are such relationships doomed to failure? Truthfully, sex (or the lack of it) is only an issue when partners have differing expectations.

“If one or both partners feel like they’re missing out on something important — especially when it’s tied to love, validation, and attractiveness — the sexlessness will seep into other areas of their relationship through ongoing frustration and sadness, emotional walls, and ultimately an erosion of connection,” says sex and intimacy coach Irene Fehr.

If this is your situation, know that help is available. There are intimacy coaches in Singapore, and these days, more Singaporeans are willing to seek advice from such coaches, as well as attend sexual wellness workshops.

Stress is a part of everyday life, but it can adversely affect the way that couples communicate. Because stress affects both our verbal and non-verbal behaviours, it’s easy for us to pass it on to our partners. It’s no surprise that stressed-out couples argue more and feel disconnected from each other, but what can be done about it?

Be observant, and ever-ready to help ease the load, say two parents.

“I appreciate that my husband is working all day, so I take it upon myself to do more of the housework,” says a KSP member who is a stay-at-home mother of three. “But he also knows it’s tiring for me, so he will take over too, to hang up the clothes or mop the floor. We also take turns to cook. We’ll just step in to do what is needed, instead of keeping to a fixed schedule of ‘who does what.’”

Another mother who works part-time as a university lecturer agrees. “We have each other’s backs, and we step up when the other party is low on energy,” she says. “When I’m overwhelmed with work or the kids, my husband chips in with the housework even though he’s tired too.”

As parents, we often read advice about communicating better with our children. If we think about it, much of this advice applies to our relationships with our spouses too.

One mother says that she learned about “I-statements” while attending a parenting workshop, and has been trying to put it into practice with her kids, as well as her husband. “It’s a less accusing language, where instead of saying ‘You did this,’ I say, ‘I feel slighted or ignored when this happens.’”

The same applies to other communication techniques — what works for your children may work for your spouse too. In the end, it’s a game of trial and error, but the key is to keep trying.

From all of us here at KSP, here’s wishing everyone a Happy Valentine’s Day!

How do you show your appreciation for your significant other?  Share it with us in our forum thread, from now till 15 Mar — we’ve got great prizes for the most heart-warming stories!

With over 30 years of experience dealing with rare, high-end gemstones from around the world, Moonlight Joaillerie is the go-to jeweller for elites in Singapore, especially when they need the perfect one-of-a-kind piece, guaranteed to turn heads.

Choose from over 100 types of rare and exotic gemstones — such as sapphire, tourmaline, and ruby — with the help of an in-house expert. Moonlight Joaillerie’s gemstones are free from treatment, and of the highest quality in terms of clarity and colour intensity.

New to collecting gemstones? Moonlight Joaillerie educates its customers before they make a purchase, so they will know exactly what they are buying. Visit them to discover classic gemstones that will never go out of style.

Enjoy a romantic dinner cruise on board the Royal Albatross, Asia’s only 22-sail, four-mast, traditionally rigged tall ship. The Royal Albatross was designed by Hollywood master rigger Jim Barry, the man behind the ships in such films as Master & Commander and Pirates of the Caribbean.

On the Royal Albatross’s Sunset Dinner Cruise, your experience begins as you sail out from Resorts World Sentosa and head for the tranquillity of Singapore’s calm port waters. Take in the sea breeze while sipping on a complimentary welcome aperitif, before a sumptuous international three-course dinner is served to your private table on the upper deck. It’s truly a dining ambience like no other!

Want to own a watch that will preserve this precious memory forever? Win a Guardians of Time “Memory Series” watch, which you can personalise by choosing a treasured photo to feature on the watch face.

Each “Memory Series” watch has a “Memory Dial” constructed with the highest-quality material from Japan, which combines 3D and luminous effects. In light or total darkness, each Memory Dial will continue to tell the tale of your memory under the protection of sapphire glass.

Guardians of Time believes that a preserved memory is even more priceless than diamonds. Now, you can display this memory proudly on your wrist too.