What I will do if my child is a child prodigy 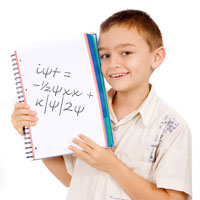 1. I’d rather my child not be child prodigy, for there’re just that handful of prodigies who truly make it as adults. I wish he’ll discover more about himself than quantum theory.

2. I’d rather have him see the world, than having the world recognise him.

3. I’d rather not have him bother to write for publication and peer evaluators but get him to write to touch the hearts and minds of common people, to reach out to them and be relevant to them.

4. If he chooses to follow my footsteps and become an academic, I’d rather he not publish at 10, but at 90.

5. I’d not expose him to the press, and I’d not find joy in telling the world how smart he is. I’d wish him a few true friends whom he can share small successes with, run with the guys and enjoy a good laugh at each other’s stupidity and mistakes.

6. I’d not take pain to show case his difference. I’d rather rejoice in him being just the same as the neighbour’s boy.

7. I’d not show the world how bitter I am when the rest of the world disagree with the way I should view my son, but take the opportunity to show him what grace and forgiveness is about. This is not a fair world and we should never demand it to be.

8. If I have my choice, I’d want my son’s IQ be to around 120, and an EQ of 210 (if there’s a measurement of EQ). Add a kind heart and a love for living, joy and not bitterness, the ability to present and have his ideas accepted. A sympathy for the poor and respect for the old. A love for his country, patriotism, filial piety, gratitude, politeness, forgiveness, and most importantly, humility. In other words, VALUES. I want him to value principles more than academic knowledge.

BUT these are just my thoughts. I don’t think I have, don’t wish to have and don’t need to have a kid prodigy. I just wished the world would accept him the way he is and allow him the simplicities of live, a chance to be one of the boys.

touching. there’s a stinging sensation in my eyes… and i dont know why…

you are so inspiring!

as usual, you are so inspiring!  I really love to read your contributions and your sound advice!

I really like what you wrote. Many times, parents focus more on the academics rather that character building which is more important actually. When I read what you wrote, it reminded me again of what is the most important.

Reading what you write offers an avenue of reflection for me and inspires me to be an even better mom everyday….. you know…… in case i forget…… to just let them be one of the girls.

Values are extremely important in the way they are raised, challenging but not impossible to take it to task. (With or without positive support from the "other" elders, u noe who…)

We; the parents DO hafta walk the talk.

Prodigy they’re so nott….. but happy girls, yes, they are.

And i hope they stay that way.