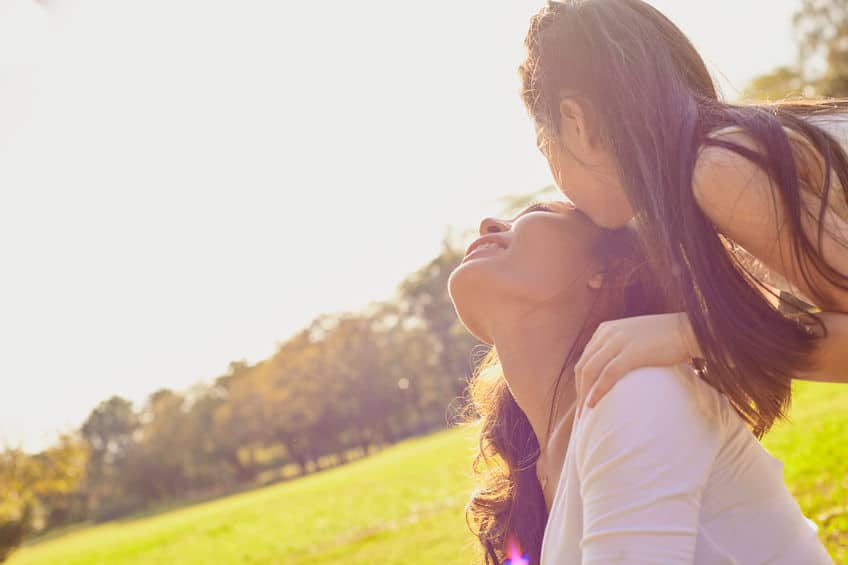 It’s a perennial topic of concern for parents — do kids stand to lose out when both parents go out to work?

As it turns out, they do not. Children can be happy, whether or not their mothers are part of the workforce.

This conclusion is supported by a large-scale Harvard University study, which was published last year. The study was undertaken over several years and involved examining the responses of over 100,000 men and women across 29 countries, to find out about the effects of working mothers on their adult children.

When asked about their overall life satisfaction, adult children of employed moms reported being just as happy as those of moms who didn’t work outside the home.

This is good news for working moms and stay-home moms alike.

In particular, the author of the study — Harvard professor Kathleen McGinn — hopes that this will help assuage some of the fears that mothers may have about pursuing a career.

“Women are socialized to believe mothers should stay home with their children, so when you separate from your kids every day for work, it can be painful,” she says. “As we gradually understand that our children aren’t suffering, I hope the guilt will go away.”

The Rise Of The Stay-Home Dad

The reality today is that about 60 percent of women in Singapore, who are of working age, are employed or seeking employment.

However, a Monster.com survey of over 2,600 women (released last year) found that working mothers in Singapore are still struggling to balance work and family. In fact, seventy five percent of the surveyed women agreed that having children had affected their professional goals.

Some families face the situation where the wife has more earning power than the husband. For practical reasons, it makes sense for the wife to work while the husband takes care of household matters.

In 2014, 1,600 male Singaporeans and permanent residents cited “childcare” as their main reason for not pursuing employment. This was more than double the number of stay-home fathers in 2006.

These fathers too face challenges in a society that has entrenched expectations about gender roles.

“When people ask me what I do, I’m still hesitant to tell them I’m a stay-at-home dad,” said one Singaporean dad to the Straits Times. “I think people find it hard to comprehend and do not really accept this.”

More Than One Way To “Work”

For many families in Singapore, the opportunity to have one parent stay home — usually the mother — is a luxury.

“Unfortunately, my wife and I are not landowners with income streams from investments or fixed assets, so only one of us will have the privilege of watching [my daughter] grow. Still, better one than none,” wrote one father in Today. “The financial insecurity and the loss of income will be significant. But it buys us time with our child — something which we believe is well worth the (loss of) money.”

That said, not all women who take a career break plan to stay home indefinitely. A 2017 poll on 529 stay-home mothers found that most intended to seek employment for between one and three years. This could include part-time or contract-based employment.

Women in Asia are most likely to return to work due to financial reasons. However, KSP spoke to several working mothers, who expressed that the need for personal fulfilment was central in their decision to work.

“I am very fortunate right now to find myself involved in research and advocacy work that is activist-oriented. So it’s part of my paid work, which is a dream come true,” says a full-time working mother of two. “I am also really lucky to have caregivers — both paid and unpaid — to share childcare responsibilities with, so that I can pursue such work.”

Yet, she concedes that her eight-year-old son thinks she works too much. “I don’t think the advantages of me working are clear to him, or maybe I don’t make any effort to explain it,” she says.

Perhaps, the biggest rewards of a mother’s work are intangible.

“Work keeps me sane, so yes, I believe my kids benefit from having a happy mum,” says a mother of three who works from home. “There are times when I’m rushing for deadlines and have to forego certain activities for the kids, or work eats into our playtime or my essential rest time. But I try to keep a lid on such stressors and make sure they don’t happen too frequently. It’s about discipline and habits.”

She says that while her children may be influenced by her work ethics and choices, she feels their eventual paths will still boil down to their individual personalities and journeys.

“If I had to pass on a message to my kids about work, it would be that a woman’s work — whether external wage-earning work or unpaid work in the home or community — doesn’t define her value and identity,” she says.