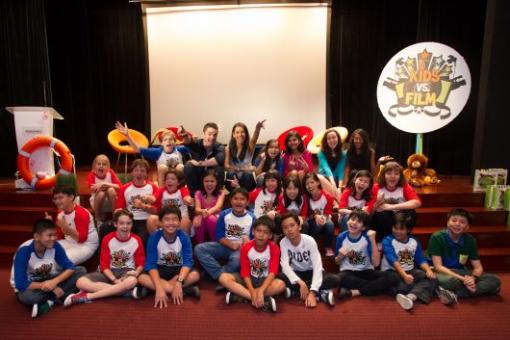 Calling all kids who have always wanted to get behind the scenes to direct, produce, edit and even star in their very own Discovery Channel-styled documentary – it’s time to get off the couch for KIDS VS FILM’s casting sessions. Following the success of season one of KIDS VS FILM, a Discovery Kids’ original production that engages kids with documentary-making techniques and the fun of building their own documentary from scratch, the channel goes on the hunt this September for 48 kids aged nine to 13 to participate in its second season. Young filmmaking enthusiasts can log on to dkids.asia from August 5 for more details to find out how they can make the cut.

KIDS VS FILM is an epic filmmaking adventure that gives kids the rare opportunity to play the part of production crew and documentary hosts with one goal in mind – to create two-minute mini-documentaries for kids, by kids. Season one of KIDS VS FILM, hosted by Mohini Sule and Oli Pettigrew, featured kids of different nationalities ranging from Singaporean, Indian and Filipino to American-Columbian and Australian-British. As the excitement continues to build leading up to the casting calls for the second season, young viewers and their families can catch the frustration, fun and mayhem kids face while shooting their mini documentaries in the encore episodes of KIDS VS FILM as it airs every weekend at 10:00 a.m. (1000 hrs) SIN/HK, starting August 11 on Discovery Channel as part of its Discovery Kids block.