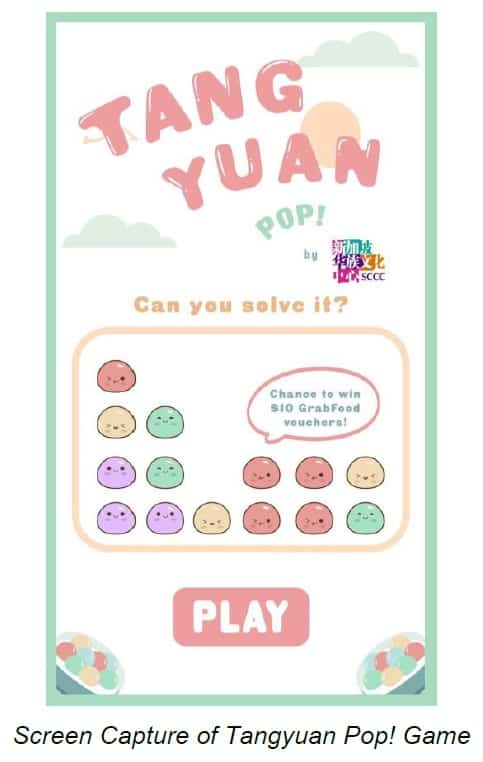 Did you know? Winter Solstice commemorates the shortest day and longest night of the year in the Northern Hemisphere. Regarded as an auspicious day worth celebrating, the ancient Chinese believed that as days became longer after the Winter Solstice, positive energy would return to Earth. Friends and family would gather and escape the cold by staying indoors and indulging in piping hot nourishing food, like mutton soup, dumplings, and tangyuan!

Although Singapore sports summery weather all year round, the festival is still celebrated by our Chinese community when families come together to enjoy heart-warming bowls of tangyuan. These doughy dumplings have since evolved in taste and colour to include fillings such as peanut, red bean, or lotus seed paste. The dish is also enjoyed differently by the dialect groups in Singapore. The Cantonese add small pieces of brown sugar as filling, while the Hakka are known to cook their tangyuan with mixed vegetables in a savoury broth. With tangyuan resembling floating duck eggs, the Teochew community affectionately called them ‘Ah Balling’, which means ‘mother duck’s egg’ in their dialect; while some Peranakan Chinese families still stick tangyuan on their front door to bring good luck to the household and drive away evil spirits.

To encourage a better appreciation of our distinctive Chinese Singaporean culture, the Singapore Chinese Cultural Centre has launched a series of online programmes to highlight the customs of the Winter Solstice Festival and the traditional tangyuan dish.

Put your puzzle-solving skills to the test in Tangyuan Pop!, an interactive game featuring colourful glutinous rice balls along with interesting titbits about the Festival. Complete all the levels and stand a chance to be one of five lucky winners to walk away with $10 GrabFood vouchers! Our friendly and knowledgeable Kaki will also return on Kaki Says: Winter Solstice Festival to share interesting stories behind the festival, shedding light on some of our common beliefs and practices today. You can also try your hand at kneading adorable oxen-shaped tangyuan for your family with Shirley Tan from Little Bakers Lab through Keeping Traditions Alive: Time for Tangyuan!

In its first live onsite performance since its re-opening, the Centre invites the public to embark on a musical escapade Winter Solstice Sonata with the Singapore National Youth Chinese Orchestra. Revel in an auditory feast of 12 songs celebrating the Winter Solstice either onsite, or enjoy the concert from home, live on the SNYCO Facebook and SCCC Facebook pages.

The public can learn more about the Winter Solstice Festival through the following programmes:

Uncover fun facts about the Winter Solstice Festival as you ‘pop’ your way through levels of the mind-boggling tangyuan-inspired puzzle, and stand a chance to win $10 GrabFood vouchers!

From solar terms to the different phases of the winter season, and of course the origins of our favourite tangyuan – learn about the Winter Solstice Festival with Kaki in this fun and humourous animation video!

Talented musicians from the Singapore National Youth Chinese Orchestra will perform under the baton of Music Director Quek Ling Kiong and Associate Conductor Moses Gay to present a musical celebration of the Winter Solstice Festival. This energetic programme will reunite the orchestra to give its first concert after circuit-breaker in 2020. This is also the first onsite concert with live audience at the Singapore Chinese Cultural Centre since circuit-breaker.

If you realized, the Winter Solstice Festival is celebrated either on 21st or 22nd of December. Do you know why this festival differs from other Chinese festivals and follows the Gregorian calendar instead of the lunar calendar? The Winter Solstice is one of the phases in the 24 solar terms 二十四节气 which is based on the Earth’s orbit around the sun, that’s why! Find out more at the Centre’s SINGAPO人 exhibition which highlights Chinese Singaporean culture through festivals, food, and languages. Learn how Chinese culture in Singapore has evolved in a way quite unlike other communities around the world. Come discover (and rediscover) what it means to be a ‘Chinese Singapo人’ today.