Is Groupon a scam?

With rising costs and increased learning needs, financing our children's education is no longer a simple walk in the park. Discuss with other parents about how they are managing their finances to cope with their expenses.
Post Reply
242 posts

i got some good deals thro groupon. But best to do some research before making any purchase.

So far so good

I think Groupon or deal are okay to buy if they are products or dining vouchers, basically those that require only one-time use. So far most negative feedback i read are those beauty salons or travel deals.
Top

My opinion of Groupon is that it is an unsustainable business model but not necessarily a scam. As a buyer I do get pretty good deals - my husband and I have enjoyed many a good restaurant dinner through the Groupon deal. I wouldn't want to show a Groupon coupon though if I was going to a swanky place - just feels... cheap. But, truth be told there have been some people selling on Groupon that are just questionable. I once bought a shoe rack but had to pick it from some salon at the basement of the Meridien Shopping Center. They need a better control system - checks on the supplier.

I heard though that Groupon Singapore is doing better than other countries though.
Top

whatever it is. if the deal is good why not?
Top

So far the items that I purchase from Groupon looks ok, cheaper. For travel deal, i try not to as it might not have the dates that I want. Normally, I will look for the agent direct and ask them to give me the price and confirm the date on the spot when i pay.
Top

I got mine last week too!! 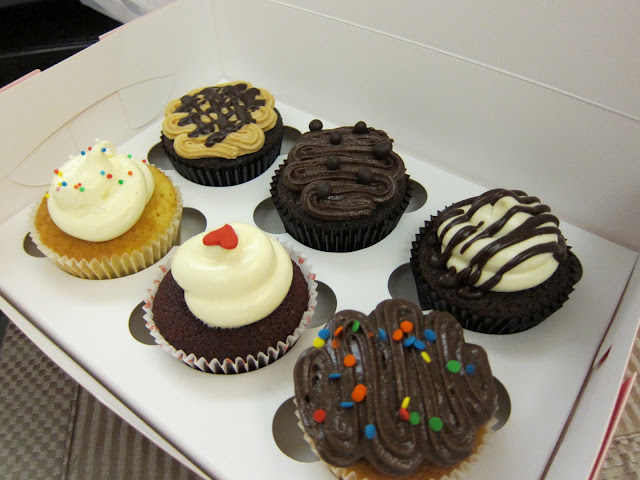 I'm starting a baking craze and was quite

when i found it hard to stack them up nicely on regular plates once they were all freshly baked.

The kiddies told me must keep more for them to bring to school.

Where you got this stash from?
Top

Groupon is not a scam lah. However, it does not guarantee the quality of the products that it helps its merchants to sell. So if the merchant screw up, Groupon gets hit too with bad rep.

I bought a number of things from Groupon. As long as the item is offered by a reputable company, eg. Apple, Panasonic, Tung Lok, Nature's Farm, etc, it is ok to buy if the offer is attractive. It is those smaller things from unknown producers that you have to watch out. I bought the electronic dart board thingy, and the darts broke in half within 5 mins of play. Lol.
Top

ChiefKiasu wrote:It is those smaller things from unknown producers that you have to watch out. I bought the electronic dart board thingy, and the darts broke in half within 5 mins of play. Lol.