my therapist use this secret agent programme with my elder son which works quite well for his social skill. But if i remember correctly she said the evidence for the programme is currently for older children i think 7 or 8 and above. But if your child language is very good maybe you can try too
Top

We got all reports from psy and doc. high IQ ( as expected) and ASD but he needs supports.
Top

children who have been diagnosed with ASD and/or ADD can have an extremely broad spectrum of needs. Different types and interventions and supports will work better in different situations and with different children. In your situation, it appears that a targeted approach is possible. It will be useful to find a special needs consultant or therapist or professional who is highly reputable and who has worked with your child and family to identify the most critical gaps to bridge. This professional can be a psychologist, an occupational therapist, an education therapist or even a speech and language therapist. He/she will work with your child and your over a period of time as you navigate your ways around supporting your child's ASD and ADD needs. Some of these consultants have been trained in ABA and will use this mode of intervention when they evaluate that the situation demands it. They also have other intervention modalities to offer. In contrast, ABA therapists use ABA as their primary mode of intervention. If I recall correctly, Austism Partnership offers ABA as their primary mode of intervention.
Top

“Why is ABA Crucial as a Treatment for Autism?” And “What is the Verbal Behavioral Approach?” 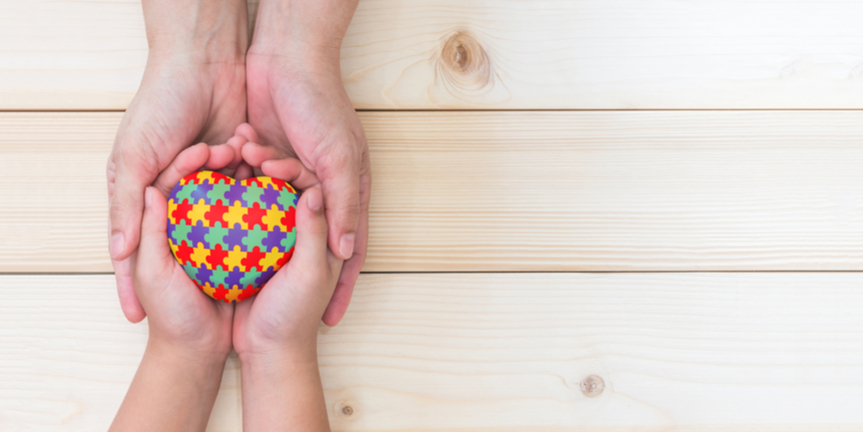 ABA stands for Applied Behavioral Analysis. It is a scientific discipline built on behavioral principles that are applied with the purpose of changing behavior, usually used in therapy, such as interventions and treatment programs for autism, or in therapeutic modules such as Cognitive Behavioral Therapy (CBT) in counselling and psychotherapy.

Behaviorism is a systematic way of understanding the way we behave. Prominent figures who have been involved in the development of behaviorism include John Watson and B. F. Skinner. In 1957, Skinner published a book titled “Verbal Behavior” in which he outlined a theoretical construct of functional language.

Later, in 1987, Dr. Ivar Lovass at the University of California, Los Angeles (UCLA), became the first person to use Skinner’s principles to treat autism. He went on to develop the “Lovass Method”, a method known as an early intensive behavioral intervention. Following that, other methods of ABA, such as ABA-VB (Verbal Behavior), were developed with similar purposes to improve conditions of autism and other developmental delays.

2. What is the Verbal Behavioral approach (ABA-VB)?

Based on Skinner’s analysis of Verbal Behavior, ABA-VB is the application of behavioral principles to language, specifically the functional use of language. And in 1998, Sundberg and Partington created an assessment (ABLLS) and program (ABA-VB) based on these principles.

ABLLS is an useful tool that is easy to administer and hence facilitates the planning for teaching programs especially in their early stages. ABA-VB works on the assumption that every individual has needs and motivations and uses such inherent motivations to shape the learning of effective communication. The emphasis on motivational factors (also referred to as establishing operants, EOs), greatly determine the tendencies of the child to make requests. This was something that most other language programs have failed to address.

Sundburg and Partington believe that EOs are the first area to work on if a child displays behaviors that interferes with following of instructions or cooperation.

3. What are Skinner’s principles?

Skinner believed that language is a behavior that can be taught as it is not innate, and that the manipulation of environmental factors can therefore influence language acquisition. This runs counter against Chomsky’s belief (Language and Mind, 1972) that syntactic knowledge is at least partially innate. Additionally, Skinner proposed four verbal and one non-verbal operant in his book Verbal Behavior: Echoics, Manding, Tacting, Intraverbals, and Receptive (non-verbal).

Manding: A request for something, either verbal/non-verbal. Eg. “I want…” This is greatly influenced by motivation levels of the child, earlier mentioned as establishing operants (EOs).

Tacting: The labelling of something. For eg. Verbally labelling a chair as “chair”.

Intraverbals: Verbal behavior in response to what someone else has said. Eg. Answering a question “What is something you can eat?”

Receptive (non-verbal): Understanding words and language. Eg. Responding to an imperative, such as “Give me the apple”.

4. Why is ABA therapy the go-to treatment for autism and ASD?

ABA works on shaping behavior and strengthening motivation through the principles of conditioning. Essentially, the idea that behaviour that is rewarded or “reinforced” would increase, while behaviour that goes unrewarded would diminish or “extinct”.

Behaviour is an aspect of all individuals, not just children with autism. To some degree, all parents apply behavioural principles, such as rewarding children when they get good grades or punishing them when they do badly. Such methods are used especially when the child is young as cognitive reasoning might be too difficult for younger children or those with slower intellectual development to grasp.

On the other hand, behavioural therapy is an extremely direct method of addressing behaviour by showing the immediate results of an action. Instead of reasoning with the child to let them understand it is not a good action, they are presented with a result that runs counter to what they desire, allowing them to conclude that the action is not beneficial to them. As such, this can result in changes in their mindset about how they should act to gain the desired results. Consequently, behavioural therapy as an early intervention for children with autism can be very effective. This is true also for correcting behaviours in neurotypical children and adults.

While Speech Therapy (ST) and Occupational Therapy (OT) are very helpful tools for children with autism, disruptive behaviors if not addressed, often hinder therapy results. As such, ST and OT are typically paired with ABA therapy to manage disruptive behaviours exacerbating speech or sensory issues.

However, not all ABA programs are created or implemented the same way. The Verbal Behavioral Approach (VB or ABA-VB) is currently the most preferred form of ABA due to its focus on motivation and functions of language. If a child lacks motivation to use language, there will be no functional speech even if he or she has the vocal skills. And over time, the child may lose the ability to communicate. This is why working on the motivation to speak is crucial. Furthermore, VB programs tend to be more lively and naturalistic.

5. Who provides ABA-VB therapy in Singapore?

Currently, Healis Autism Centre is a provider of ABA-VB in Singapore. Children we have worked with have shown remarkable results possible only because of the tenacity of both child and therapist in sessions. Kayler, a 4 year-old boy then, did not use to respond to his name and made no sounds during play. Two years after sessions began, his parents are happy to report that he now behaves like any other child. Not only is he able to initiate and sustain a proper conversation, he is integrating in a mainstream primary school well. Jerald, who was previously labelled as non-verbal, started making verbal requests for desired items after two months of intensive therapy. RenHong who enjoys being around people, is now better at communicating his wants and expressing his needs, which helped him to form meaningful relationships with others.

I haven't faced such an issue but have heard that ABA really works!
Top