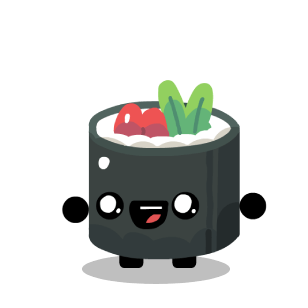 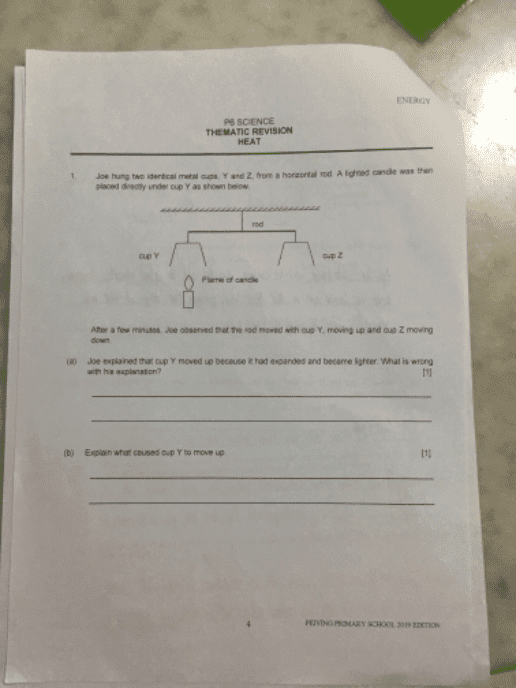 Joe hung 2 identical metal cups, Y and Z, from a horizontal rod.  A lighted candle was then placed directly under cup Y as shown below.
After a few minutes, Joe observed that the rod moved with cup Y moving up and cup Z moving down.

a. Joe explained that cup Y moved up because it had expanded and became lighter.  What is wrong with his explanation?
b. Explain what caused cup Y to move up.

Its hard to read so I decided expanded the picture and this is the text:

Thank you! 😄
I understand now☺️

Sorry for the bad quality photo