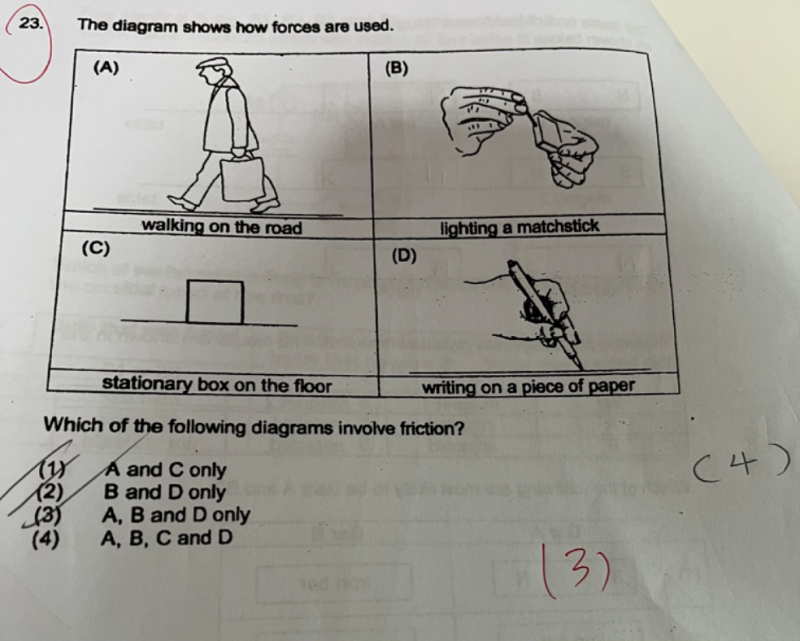 (B) involves friction to get the match to light up

(C) DOES NOT INVOLVE friction unless it is on an inclined plane.

So frictional force is seen to act only when there is motion.

Frictional force offers the resistance to the applied force opposing its motion. Thus, it always acts in the direction opposite to that of the object in motion

Thank you very much sushi88. God bless you 🙏