Hi I’m asking a few qns for dd .
1) May I know if a series circuit or parallel circuit will last longer when taken into account that the number of lightbulbs and batteries( same voltage ) are the same for both circuits?
2) Will the bulbs in the parallel circuit shine brighter, become dimmer , or stay the same if one bulb blows / is taken away ?
Hope that someone can help dd with these qns ! Thanks in advance ! 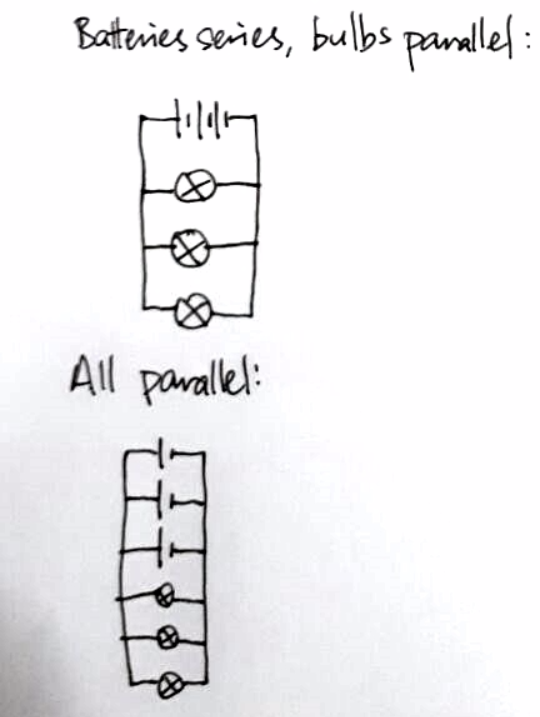 Bulbs in series vs parallel: already explained well by Ender. 🙂

Bulbs in series vs parallel: already explained well by Ender. 🙂 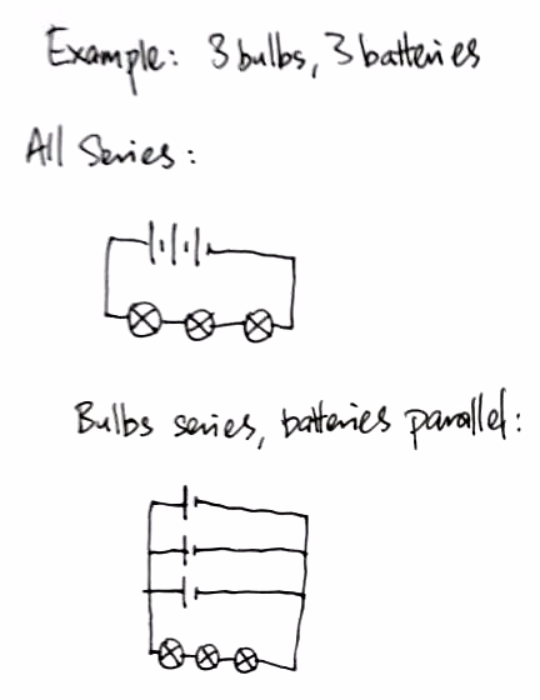 Hi, there are some other possibilities as you can see in these diagrams.

Hi, there are some other possibilities as you can see in these diagrams.

1) The one in series last longer. Power consumption is lower in series.

If you plugged in the same values into the above two equation, you will find the series takes lesser power hence last longer. But the lights will be dimmer too.

Look at the formula above for parallel. If you remove bulb2, it only affects the total power, but V2/Rbulb1 still remains the same value, I.e same power for bulb1 before and after bulb2 is removed.