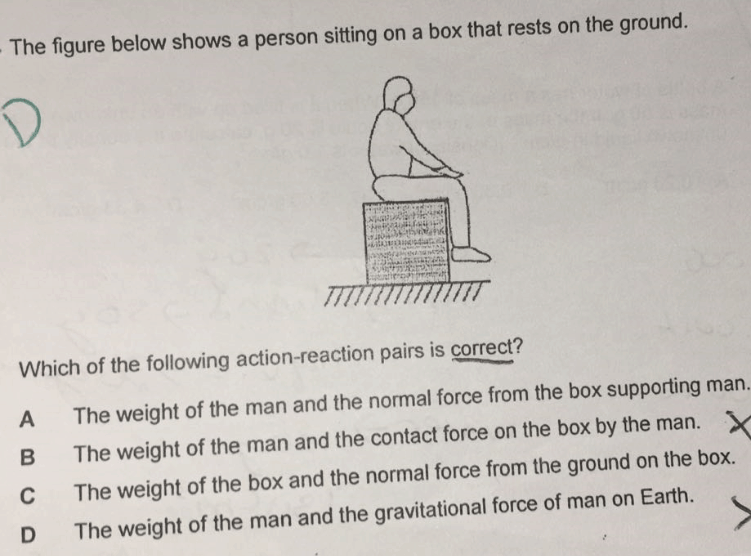 Why is it D? Isn’t the weight and gravitation force both acting downward?

As long as two bodies have mass, they will experience gravitational forces pulling them towards each other.

1) they act on opposite bodies,

2) are opposite in direction,

3) have the same magnitude, and

4) are the same type of force i.e. both are gravitational force.