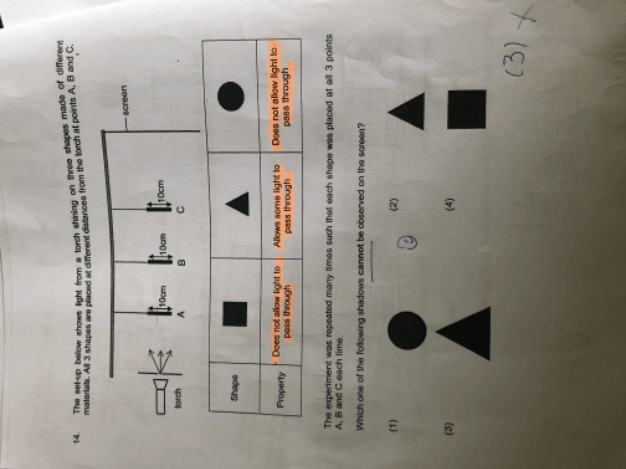 May I know how to explain why the answer is option 2? Thanks!

If the triangle was at B or C, the shape (either the square or the circle) in front of it will simply block the incoming light from reaching the triangle. Therefore, a small triangle can never be cast on the screen.