electrical bill, 70% on cleaning services and the rest on Internet data plan. In

July, the sum given was reduced. He spent the same amount of money on

electrical bill and reduced his spending on cleaning services by $2700. He

spent the remaining 10% of the sum given in July on Internet data plan. By what

percentage was the sum of money given to Mr Ang reduced? 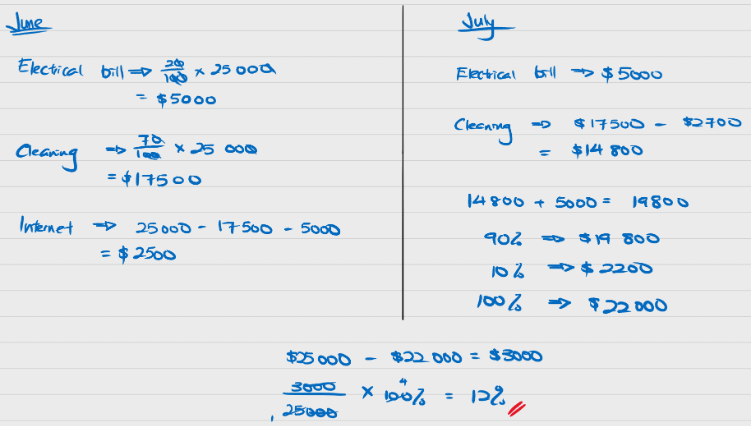 And if you say his money is reduced by 120%, this means he is now owing people money!