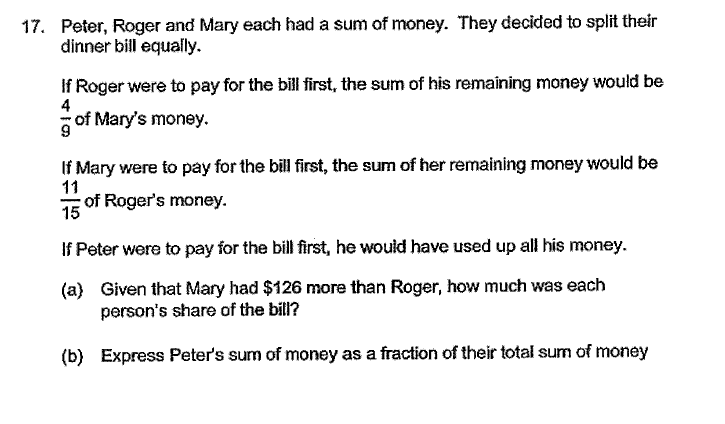 Please help to solve this problem. Though I have the answer key, I can’t figure out the steps. 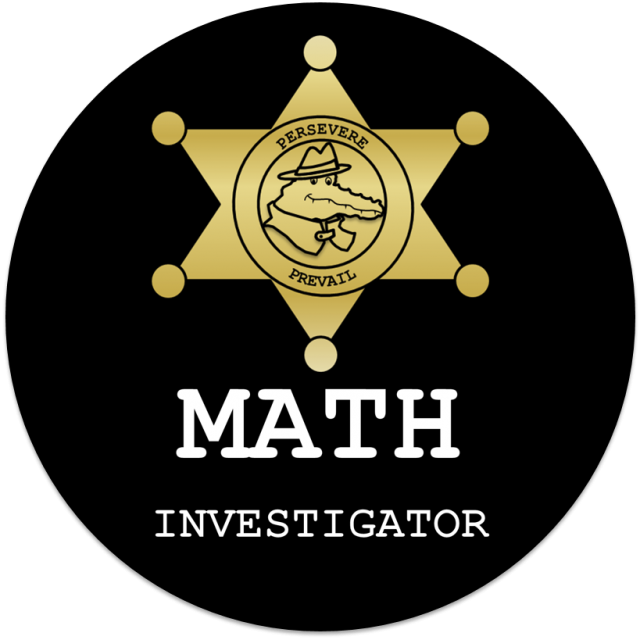 As you can see, the total of Roger and Mary in the end is still the same. Since the total must be equal, we must make the total for both ratios the same by multiplying the top ratio by 2.

Since Peter will use up all his money when he pay for the bill, we can conclude that Peter’s money is $294

Fabulous. Thanks a lot for the great explanation. Really appreciate your efforts. My son can easily understand now 🙂