MOE finally released the Phase 2A numbers.  We get to compare the actual results with what we predicted earlier.

Ang Mo Kio: The only surprise here is that CHIJ SNGS only requires balloting for those staying >2km away.  Also, Anderson Primary did not require balloting this year so that’s the good news 🙂

Bedok: All 3 suspects was oversubscribed, with one school, Yu Neng Primary, being cut off and available only to Singapore citizens.

Clementi: Nan Hua Primary was oversubscribed but cut off for SCs at 2km.

Sembawang: Wellington Primary required some balloting for PRs within 1km.

Seng Kang: Both Springdale Primary and Sengkang Green Primary did not ballot.

So in general, I would say that our model for predicting Phase 2A risks is generally good, except for Punggol and Seng Kang.  Punggol is a new estate and probably has a lot more younger couples while Seng Kang has probably matured a little.  In any case, good luck to those going for balloting, and for those who managed to snag a seat in Phase 2A, congratulations!

There are 16 schools oversubscribed now:

Amongst these, we predicted that they will go into balloting, except for Oasis Primary and Punggol View Primary.  These 2 schools were surprises and it is a good indication that they are being recognised.  It could be also because they both had 30 seats removed this year which just tipped them over the edge.  They are in the Punggol district, which is an indication that the population is getting relatively younger in that area.

However, there are still a number of other schools which seem to be keeping a low profile that parents have to watch out for in the last day.  It seems like many parents are playing the waiting game, placing their bets only at the last minute.  We shall see tomorrow, which is the final day for Phase 2A.

In any case, look at the 2021-2020 column.  It shows the difference between 2021 and 2020.  Most of the values right now are negative, except for schools like Catholic high, which has 24 additional applicants this year compared to 2021!  So this column shows the potential threat that parents should watch out for.

Good luck to everyone involved!

Phase 2A has started, and what a day of caution 🙂

So far, only Frontier Primary and Punggol Green Primary have exceeded their threshold, and will likely require balloting for this Phase.  Both are anticipated in this article.

However, all the premier schools like CHIJ St Nicholas’ Girls are lagging behind!  We have actually added both 2021 Phase 2A(1) and 2021 Phase 2A(2) into the column “2021” so that parents can gauge what to expect this year for this Phase, but it seems ridiculous that SNGS can be -100 off its expected intake at Phase 2A. 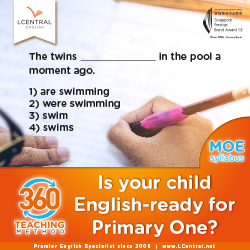 I think parents are just doing a wait and see, and the real numbers will start to come out this Friday when Phase 2A ends.  Some people think this is due to slow processing, which could be the case, but I do agree with some forumers when they said that it is better for everyone to place their bets on the schools on the first day so that they can see what they are up against, and then they can withdraw and reapply at another school if they don’t like their odds.  This should be mandated by MOE in some way, and that should avoid a sudden shock when everyone rush to the popular schools at the last minute.

It’s still not too late to do this.  Let’s hope we can see more action tomorrow so that we will have greater clarity on Friday.

Legend:
APP – % of applicants over the number of available places
TUR – % of places offered by the school currently taken up

Primary Schools in Punggol: Which is the Best?