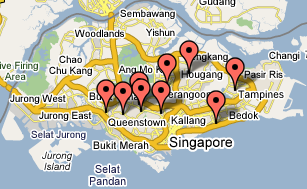 Nonetheless, Kiasuparents.com feels that parents should be allowed to make informed choices based on facts.  The dearth of reliable information on how “good” primary schools are is troubling and non-transparent.  As such we have collated a list of best performing primary schools based on published annual PSLE results since 2000.  This list is by no means an official “ranking” of primary schools – it is only an indicator of the consistency of schools in academic excellence.

While the quality of a school is not solely dependent on academic excellence, it is a very good indicator of the dedication of its staff and the quality of its students.  Kiasuparents.com will continuously strive to update and tag its primary school database with details of the character-building, athletic and aesthetic accomplishments of each primary school to allow parents to pin-point the most suitable school for their pre-school children.  We welcome feedback on what parents actually think about the schools.

The following pages comprise records of how Primary schools generally fared in PSLE over the past 7 years.  Readers should treat this as an indicator of academic consistency, and not as a definitive ranking of how “good” the school is.

Ranking of schools based on Top 10 National students in PSLE