A time for reflection on what truly matters. 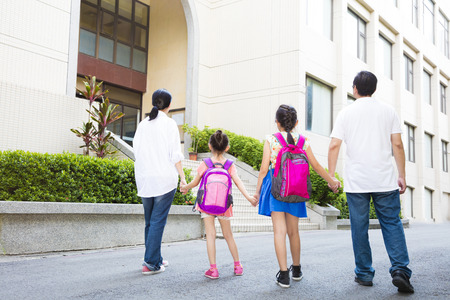 Even though my husband and I have resolved not to get caught up in Primary 1 registration panic, I have suffered from moments of doubt. With Phase 2B a week away, I found myself saying to my husband, “Can you look up the balloting history? Let’s make sure we’re not squandering our advantage by picking the wrong school!”

The KiasuParents balloting charts confirmed what we already suspected­—that unless a fluke happens, we’ll experience our first-ever ballot with either of the two schools that we consider our most viable options. Our preferred school is less hotly contested, with balloting as a likelihood for applicants living over 2km away (that includes us), while School #2 will see balloting for the 1–2km group if history repeats itself.

Because the data was provided in percentages, we saw comments from parents asking for raw numbers, which we would have appreciated too for a clearer sense of the balloting conditions, e.g. is it 20 people vying for 18 places, or two places? Occasionally such details are posted in the KiasuParents forum, so it’s worth searching the individual school threads for the scoop. (See an example here.) I’ve also heard that you can call a school’s general office for an update on your chances before you make your final decision. My husband and I joke about tag teaming and stationing ourselves at two schools, but I doubt we’ll go that far.

The other thing we did was to check the history for our safety school. It’s the exact opposite of popular, which made me wonder if we should be more selective. There is an open house event and I will be signing up, but I was heartened to chance upon a post by KiasuParents member “mcw03e,” which was not only refreshing and reassuring, but served as a timely reminder to stay true to my original objectives and not be swayed.

This is what he said:

I am an old boy of Catholic High and my wife is an old girl of CHIJ St. Nicholas, but we have chosen not to put our kids in those schools for several reasons:

1. We wanted them to go to school with students of different races and social classes.

2. We wanted them to attend school together (I have a boy and a girl).

3. We didn’t want to put too much stress on them.

I do wholeheartedly believe in Heng Swee Keat’s vision of “Every School a Good School.” I teach at the United World College and the School of the Arts. I believe that our children’s education is what we make of it.

In explaining why he favoured certain schools over others, the father of two cited reasons such as diversity in the student cohort and a physical environment that he felt would appeal to his children. He also qualified that it was difficult to assess teachers during a school visit; in his interactions with principals, he looked for a sense of clarity and purpose in the leadership.

It’s both inspiring and humbling for me to realise that there are parents out there who care about much more than accolades, achievements, or a prestigious social network, and are willing to take their chances on lesser-known neighbourhood schools despite having “better” alternatives at hand. There is much for me to learn. But for now, I think my research stops here, and I’m ready to have fun with the ride.